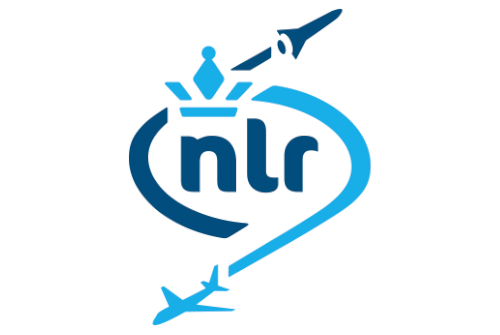 Location on the map:

The NLR – Netherlands Aerospace Centre (Nederlands Lucht- en Ruimtevaartcentrum) is one of the Dutch Major Technological Institutes which perform a large part of the applied research in the Netherlands, each within its own specific technology field. As an independent non-profit organisation, NLR is the central institute for aerospace research in The Netherlands.
NLR’s activities are market-oriented, independent, socially relevant and without profit priority. By acting so, NLR can adequately respond to the need for scientific knowledge and technology in the field of aviation and space travel, which arises from the government, public and industry. Thus being the natural partner for aerospace research.

Work under research contracts (national and international, government and industry) amounts to 75 percent of NLR’s activities, the remaining 25 percent is funded by the Dutch government for basic demand-oriented research programmes and development of research equipment. Depending on the project and the customer’s preferences, NLR acts as a sole contractor or as a subcontractor cooperating with other institutes or partners from industry.

A staff of approximately 700 people is employed at two sites, one located in Amsterdam, and the other in the Noordoostpolder (about 100 km north-east of Amsterdam). Over two-thirds of the staff are graduates from universities or technical colleges, with a large variety in specialised professions such as aircraft engineers, psychologists, mathematicians and physicists. This variety is necessary for ensuring the broad expertise that is needed for coping with mostly challenging problems in the aerospace sector. Research and development work is carried out on a project basis with great synergy between divisions and departments. Strong emphasis is laid on a customer oriented approach.

NLR has a number of specialised research facilities such as flight simulators (NSF), Air Traffic Control Simulators (NARSIM), two research aircraft, and test installations for structures and materials (including composites). The NLR wind tunnels are operated together with the German Aerospace Center DLR through the foundation German-Dutch Wind Tunnels (DNW) in which NLR and DLR equally participate. On behalf of the Netherlands government, NLR also takes part in the cryogenic European Transonic Wind Tunnel (ETW) in Cologne (Germany), together with the Defence Evaluation and Research Agency (DERA, United Kingdom), the Office National d’Etudes et de Recherches Aérospatiales (ONERA, France), and the German Aerospace Center (DLR, Germany).

Also NLR participates in several specific alliances with other international institutes:
AT-One is a close cooperation between NLR and DLR on Air Traffic Management
E2CM is an alliance between NLR, DLR and ONERA on design and manufacture of high accuracy cryogenic wind tunnel models.

NLR's management system complies with ISO / IEC 9001 and AQAP2110 for quality management, ISO / IEC 14001 for environmental management and ISO / IEC 45001 with regard to health and safety. To protect the interests of NLR customers as well as of NLR itself, NLR also complies with ISO / IEC 27001 for information security. NLR is able to perform a wide range of environmental tests and calibrations with regard to force and electromagnetic quantities within its ISO / IEC 17025 accredited test and calibration laboratories. In addition, NLR is able to conduct flight tests with NLR Research Aircraft, for which it has approvals according to EASA Part 145, Part 21 (national DOA) and Part-M.

Copies of certificates are available from the NLR website under Management system.