Over 45 participants attended the Round Table “Augmented Reality – gimmick or game changer” on July 2nd 2019, organized by the NAG in cooperation with Holland Instrumentation at Robohouse in Delft.
Following an introduction of Robohouse’s activities by Jaimy Siebel, the session kicked off with a presentation by Marcus Specht (TU Delft) on how one should design Augmented Reality (AR) for humans and Gerben Harmsen (TWNKLS) focused on AR in the value chain. 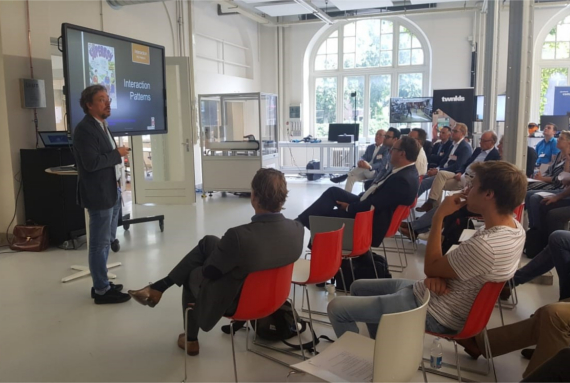 It became clear that AR can lead to a reduction of human error and  to an improved learning curve in a manufacturing as well as service environment, especially when vision is combined with audio. Furthermore, experience shows that the successful introducton of AR not only hinges on management’s belief in its advantages (even when a clear business case is not apparent from the start) but also on early & active participation of the end-users.

In general, AR can contribute to all stakeholders “seeing the new world” through the same lens, thereby enhancing transparancy & objectivity leading to better quality decision making.

During a break, the attendees could personally sample the AR equipment from the various standholders, a lively round table discussion addressed questions such as whether AR is driven by technology rather than demand, and how a business case for AR application is to be addressed. The round table closed with a networking session thus allowing for a more one-on-one sharing of opinions, experiences, and business cards.

This event was made possible by a TKI HTSM grant. 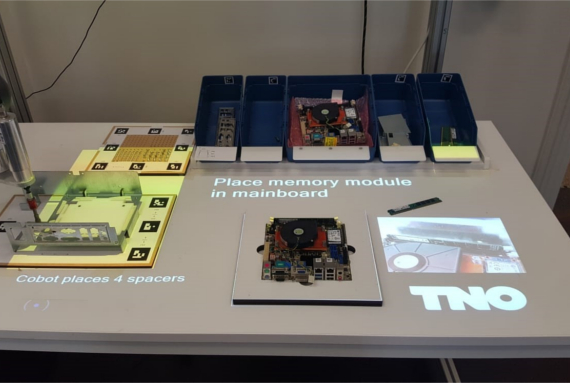