Towards joint innovation for future airports

Strengthening the Dutch airport community by providing a platform for co-operation in fundamental and applied research on future airports, and designing and creating the best airports in the world. This is the ambitious goal of the Innovation Airport program that was initiated by the faculty of Aerospace Engineering, TU Delft in March 2016. Several interactive workshops and multiple stakeholder interviews led to the “Joint Innovation for Future Airports” conference that was held at Rotterdam The Hague Airport last Thursday.

The “Joint Innovation for Future Airports” conference has marked the kick-off with the Dutch industry players in an effort to set up a long-term strategic partnership to jointly develop an innovative and integrated airport concept. The conference was organised by the faculty of AE of TU Delft in collaboration with the Netherlands Aerospace Group (NAG) and the Dutch Aviation Group (DAG). Over 30 companies and organisations participated in the conference, among which NLR, Netherlands Aerospace Group, Dutch Aviation Group, the Ministry of Infrastructure and the Environment, Schiphol Group and Rotterdam The Hague Airport.

Curran: “It was so incredibly inspiring to see all of the faculties of TU Delft act as one willing, enthusiastic, collective knowledge fulcrum, in perfect tandem with all of our industry and government  partners. Every single person today validated the need for an ‘Innovation Airport’. Everybody was willing to take a risk and commit to something that they expressed many times today as a ‘real-deal’ game-changer. ‘Innovation Airport’ was truly born today at Rotterdam The Hague Airport.” 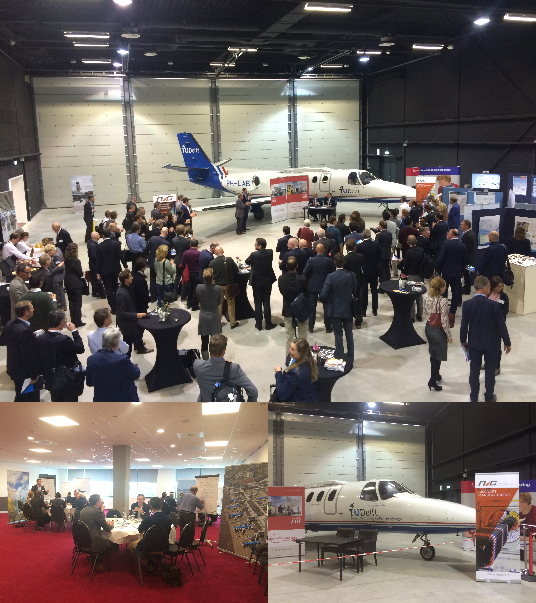